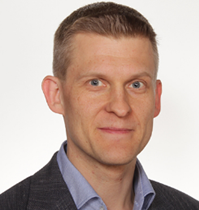 Dr. Timo Aalto has worked at VTT since 1997 with the primary research focus on silicon photonics. This has recently been one of VTT’s fastest growing R&D areas. He received his M.Sc. and D.Sc. degrees in optoelectronics technology from the Helsinki University of Technology in 1998 and 2004. He leads the Photonics Integration team that operates in VTT’s two clean room facilities. He has authored ~60 journal, conference and workshop publications and one book chapter. He has also reviewed EU projects, journal articles and theses, and coordinated several large (M€) projects funded by either the public sector or industrial customers.

Obtained the M.Sc. in Telecom Engineering at the Universidad Publica de Navarra (Pamplona, Spain) in 2005, and received his Ph.D. in Applied Physics and Photonics at the Vrije Universiteit Brussel (Brussels, Belgium) in 2009. He has been involved in several national and European research projects and networks of excellence focused on reconfigurable optical interconnects, the design, fabrication and characterization of micro-optic devices, and on flexible access and in-building fiber network architectures. He has worked as a reviewer for several scientific journals and national funding agencies. He holds specializations in Business Financing, Commercial Management and Research, and Strategic Marketing. He is a member of IEEE, SPIE and COIT. 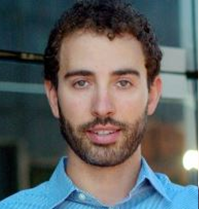 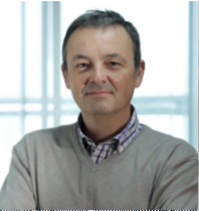 José Capmany was born in Madrid, Spain, on December 15 1962. He received the Ingeniero de Telecomunicacion degree from the Universidad Politécnica de Madrid (UPM) in 1987 and the Licenciado en Ciencias Físicas in 2009. He holds a PhD in Electrical Engineering from UPM and a PhD in Quantum Physics from the Universidad de Vigo. Since 1991 he is with the Departamento de Comunicaciones, Universidad Politecnica de Valencia (UPV), where he started the activities on optical communications and photonics, founding the Optical Communications Group (www.gco.upv.es). He has been an Associate Professor from 1992 to 1996, and Full Professor in optical communications, systems, and networks since 1996. In parallel, he has been Telecommunications Engineering Faculty Vice-Dean from 1991 to 1996, and Deputy Head of the Communications Department since 1996. Since 2002, he is the Director of the ITEAM Research Institute, Universidad Politécnica de Valencia. His research activities and interests cover a wide range of subjects related to optical communications including optical signal processing, ring resonators, fiber gratings, RF filters, SCM, WDM, and CDMA transmission, wavelength conversion, optical bistability and more recently quantum cryptography and quantum information processing using photonics. He has published over 450 papers in international refereed journals and conferences and has been a member of the Technical Programme Committees of the European Conference on Optical Communications (ECOC), the Optical Fiber Conference (OFC), the Integrated Optics and Optical Communications Conference (IOOC), CLEO Europe, and the Optoelectronics and Communications Conference (OECC). Professor Capmany has also carried out activities related to professional bodies. He is a Fellow of the Institute of Electrical and Electronics Engineers (IEEE), the Optical Society of America (OSA) and the Institution of Electrical Engineers (IEE). He has acted as a reviewer for over 25 SCI journals in the field of photonics and telecommunications. Professor Capmany is the recipient of King James I award on novel technologies 2012, the highest scientific distinction in Spain. He has also received other wards including the Extraordinary Doctorate Prize of the Universidad Politécnica de Madrid in 1992. He is an associate Editor of IEEE Photonics Technology Letters and is a Member of the Editorial Board of Fiber and Integrated Optics, Microwave and Optical Technology Letters. He has also been a Guest Editor for the IEEE Journal of Selected Topics in Quantum Electronics.

While he was project manager EU FP7 ESSenTIALh he Co-founded (as CTO) Luceda Photonics, an innovative company delivering CAD tools for design of photonic ICs. 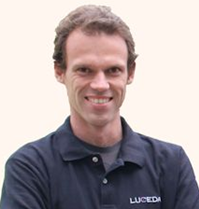 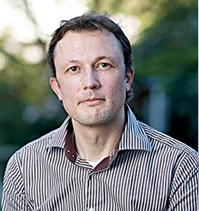 Martijn Heck is professor in the Photonic Integration group of the Electrical Engineering department at Eindhoven University of Technology (TU/e). He is also still a part-time group leader at Aarhus University in Denmark, where he founded the Photonic Integrated Circuits group in 2013. Heck is a globally recognized and internationally oriented expert in photonic integration, with broad experience in ground-breaking basic research, applied research and technology transfer. He has specific interest in the application of this technology in sensors, microwave and terahertz photonics, quantum technology, and interconnects. In his career, Heck has been deeply involved in the realization of the first successful multi-project wafer run of the European platform for photonic integration JePPIX, the development of the hybrid silicon platform technology, now commercialized by Intel and Juniper, from component level to full circuit level fabrication, and the invention of the ultra-low loss waveguide technology, with world-record low loss. Heck has a strong background in photonic integration. As a generalist, his experience spans the whole chain of optical chip design, fabrication and characterization. He also has specialist expertise in ultrafast integrated laser technology and microwave photonics. Heck has worked with all the major photonic integration platforms: indium phosphide, silicon on insulator and silicon nitride photonic integrated circuits.

Arne Leinse Ph.D (Chief Commercial Officer) is active in integrated optics for more than 15 years. He received a PhD degree from the University of Twente in the integrated Optical Microsystems group in 2005. Hereafter he joined LioniX BV where he was involved in the invention and development of the TriPleX™ platform from the beginning. He has been involved from the original concept until the exploitation and (co)authored over 100 articles in the last years. He has been active as Vice-President of LioniX BV in the last years and since the establishment of LioniX-international in 2016 active in the role of Chief Commercial Officer. 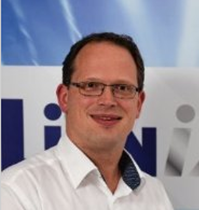 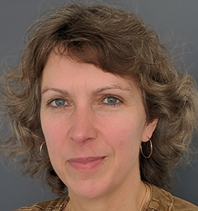 Sylvie Menezo is CEO of SCINTIL Photonics, which she founded in November 2018 after being Laureate of the ILAB contest from BPIfrance. SCINTIL exploits a disruptive integrated circuit technology (III-V on Silicon Photonics technology) developed at CEA-Leti, in the domains of optical communications and sensing applications. Before founding SCINTIL, Menezo managed the Silicon Photonics Lab (2012-2014) and the Business Development activities in integrated photonics (2014-2017) at CEA-Leti (Grenoble). She previously worked at NZAT (Boston), Alcatel (Marcoussis), and at Sercel-Compagnie Générale de Géophysique (Nantes and Houston),doing or managing product development teams or product lines. She holds an Engineering degree from INSA Lyon (1997), a Ph.D from Centre National d’Etude des Télécommunications (1999, Bagneux) and a Part Time Executive MBA from Audencia Nantes (2007).